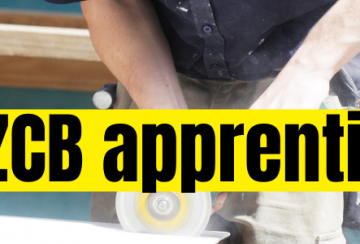 If you’re anything like us… you’re probably feeling a bit sick and tired or hearing about *****-19, it’s inescapable, it’s everywhere in the media and everyday life, there is simply no escape from you-know-what… So, with that in mind, we’d like to welcome you to our you-know-what-free edition Hamptons Happenings. Catch up with the latest from Hamptons this month, and we promise to avoid any mention of the “unmentionable”.

Thank you and congratulations to Darren Mules, Sarah Gwilliams, and Hamish Whitta, who this year have all clocked up ten years of service at Hamptons ITM.

2011 was a very memorable year to start at Hamptons… and since negotiating the first tricky month’s post-earthquake, all have gone from strength to strength.

Experience can’t be underestimated, and Sarah, Darren and Hamish have all brought their considerable knowledge and know-how to Hamptons and gone on to join the ever-growing list of long-term employees. Hamptons is very fortunate to have a rock solid and stable team and the 3 longest serving people at Hamptons have been with the firm for over 80 years and the 8 longest serving staff have been at Hamptons for over 150 years.

Thanks so much for all your hard work, Sarah, Darren and Hamish and we are sincerely looking forward to the next ten years…

A couple of months ago we introduced you to the newest member of our team – Dene Tunnicliffe. Now after having had the opportunity to get to know him a bit better, we feel able to share some snippets from Dene’s back story.

Dene was born in Auckland but grew up in the Bay of Plenty with plenty of sun and surf. He was brought up in a timber milling family in the Bay and the sawdust must have stayed in the blood… because from the age of 20 Dene has worked in the building industry.

Eventually Dean gave up the sun and surf to move to the big smoke in Auckland for work, until he got itchy feet, and travelled to England and Europe on his Big OE. It was a big OE alright, and it was a few years till Dene returned to Auckland, that is until the lure of overseas travel beckoned again, this time to South Africa and South America.

On returning to Auckland, the traffic was too busy and life all too fast…After a trip to the South Island, in between trips overseas, Dene decided to try and make Christchurch home. With life at a slower pace, not so much traffic, and much more affordable house prices – there was a lot of positive things about Christchurch.

When the right opportunity came along, Dene packed up all his belongings in the car and travelled south. It was here that he met his future partner, which led to twin boys (he claims to be not quite sure how that happened – so we were able to fill in the gaps).

As you can imagine the twins kept both Dene and his partner pretty busy, but now with both the boys in High School, life is a little bit easier. When not running the family around, Dene enjoys badminton, and stamp collecting which keeps him busy. He also enjoys catching up with the family who all still reside in the North Island. As he himself says “Fools! – They are all missing out on the best city in the world….”

An apprentice on his first day was sent to Hamptons ITM to pick up some timber.
He went to the trade counter and said “we need some 2×4’s”
The very helpful Neil, kindly said “You mean… 4×2’s, right?
The apprentice said, “Let me go check”
He went back to the ute and soon  returned –“Yes, 4×2’s”
“Great, how long do you need them?”
The apprentice paused a while and said “Let me go check.”
He returned a minute later and said “A long time, we’re building a house”

Everyone is an expert at Hamptons ITM – and not just when it comes to building products! Let us introduce you to Hamptons Top 5…

Each month one of our staff will give a top 5 from their specialist subject outside of the building industry.

First up is Mata, the first person most speak to when they ring Hamptons. Not only is Mata known for her cheery disposition, but also her diverse and delectable lolly drawer that often lifts flagging spirits on a Friday afternoon.  So, for those with a sweet tooth, here is Mata’s top five lolly recommendations:

Tasting notes: All in the name – fabulous and delicious.

Marc took out the regional apprentice challenge which was held at Hamptons ITM and went on to win the national challenge ahead of 18 other apprentices from around the country. Marc was a humble, deserving winner of the Ken Read Memorial Trophy and received a prize package to the value of $10,000.

During the challenge, Marc quietly went about his work, consistently achieving high results across all assessments.

However, it was Marc’s interview that set him apart from his peers. The judges said they were hanging off his answers with great anticipation.

Marc’s acceptance speech was evidence of his character, admitting he was ‘blown away by the win’ but still able to find the right words at the right time, thanking the sponsors, judges, and his fellow competitors.

Congratulations again Marc, you are a true champion, and we look forward to following your career with interest.

On the 15th of October Hamptons will be hosting another Toolbox Top-up extravaganza. Things will kick off at around 7am and hot food and barista coffee will be available.

There will be a range of specials and hot deals available on the day plus a few prizes and giveaways.

Mark the 15th of October in your calendar and we look forward to catching up with you on the day and “we’ll see you right” with some fantastic deals on all the biggest brands including; Makita | Hikoki | Milwaukee…

Take care out there…
Best wishes,
David & Wendy, Don, Carolyn and the rest of the team at Hamptons ITM

P.S. Well we made it – whew…without a single mention of you-know-what!