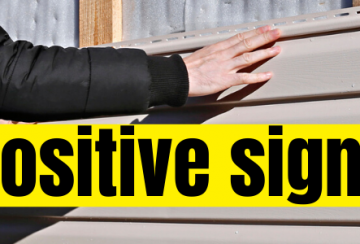 Greetings, Happy New Year and welcome to the first edition of Hamptons Happenings for 2020. We hope you had a fantastic break over the Christmas / New Year period and that you’re now well rested, relaxed and absolutely fizzing and raring to go…
In this issue we:

In past issues of Hamptons Happenings, we’ve shared a little bit of inside information on some of the good people here at Hamptons… We’ve done this because we’re pretty proud of our team and the fact that many of the people here at Hamptons have been around for a while and they know the joinery and building supply game better than most. In fact, the 3 longest serving people at Hamptons have worked here for a whopping combined 80 years! The 8 longest serving people have worked here for a combined 150 years! We think this is fantastic, but at the same time we also recognise that any winning team needs to introduce some new and fresh talent from time to time.

With this in mind, we have recently recruited Craig Harris and Jason Lamb.

They definitely broke the mould when they rolled these two likely lads off the building supply account manager assembly line. Both bring a fresh, can-do and positive approach to the mix… along with their own unique personality and crazy style.

Craig has a wicked sense of humour – at the Hamptons Christmas party he decided it was a good idea to present everyone with a picture of the cartoon character that they reminded him of… some folk here are still receiving therapy… Don on the other hand was quite chuffed that Craig thought he looked like Virgil off the Thunderbirds.

Thankfully, Craig takes his work seriously. One of his referees said that Craig works so incredibly hard and he is out of bed and working before the early bird has even thought about the worm! When it comes to building or construction projects, Craig is a highly sought-after problem solver and trouble shooter and he has the qualifications to prove it – being one of only 6 people in the country with a high-level Concrete Technology qualification.

Jason is equally unique in his approach – we first began talks with Jason back in February 2019 and he didn’t join the team at Hamptons until December 2019. One of the things that impressed us was just how honest, open and straight forward Jason was throughout this time. At one of his interviews we were exposed to before and after photographs of Jason in his underwear. At a later interview, he turned up with a round of café coffee for everyone and thankfully redeemed himself.

Jason was born in Ashburton and throughout his school years he became somewhat obsessed with rugby and to a lesser extent cricket. Jason went on to represent mid-Canterbury in both rugby and cricket.

At about the age of 18, Jason moved to Christchurch and discovered surfing. Since then surfing has become a massive part of Jason’s life – he has surfed on the South Island surfing competition circuit and he won the Sumner Longboard Champs. After trying a number of jobs including running his own successful surf school for 3 years Jason decided to go to university as an adult student and open up his job prospects. Jason went on to complete a bachelor’s in commerce degree majoring in marketing and minoring in supply chain management.

After completing his studies at Lincoln University, Jason took a role with Bosch as their South Island territory manager. Immediately prior to joining Hamptons, Jason was a Commercial Account Manager at a national building supply firm, where Jason became well known for his positive can-do approach and ability to find different and unique solutions for his many and varied customers.

We’re absolutely delighted to have Craig and Jason join the team at Hamptons and we’re very confident that our customers will enjoy and appreciate their positive approach.

In our last issue of Hamptons Happenings, we showcased the ultimate in design – the SPYNDI… a unique set of 61 handcrafted wooden pieces that can be easily assembled into unlimited variations of lounge or living space furniture.

In this month’s edition we explore the world of plywood. Plywood is something that Hamptons has specialised in for nearly 60 years.

The manufacturing process and technology behind plywood has evolved and developed a great deal over the years.

The strength of plywood gives it the ability to be used in many situations. Plywood is also able to be finished to such a high standard that it has become very trendy from a design perspective.

Check out this months Hamptons Hot Deal for our latest special deal on Plywood.

In Canterbury, 14 percent more new homes were consented in November 2019 than in November 2018 year. Although this level is below the 2014 peak, it is still higher than the level before the earthquake rebuild.

It’s as light as a feather, but the strongest person can’t hold it for more than five minutes. What is it?

Email your answer to Mata on admin@hamptons.co.nz or message us on Facebook with your answer and go into the draw to win the Hamptons ITM Mystery Prize Pack for February.

This incredible plywood special is exclusive to Hamptons Happenings readers and Hamptons Facebook and Instagram followers and the promo-code to get access to this incredible deal is “Hot – 02”.

To take advantage of this deal contact your Hamptons rep, call us on 03 374 3333, or send an email to admin@hamptons.co.nz. Please don’t forget to quote the promo-code.