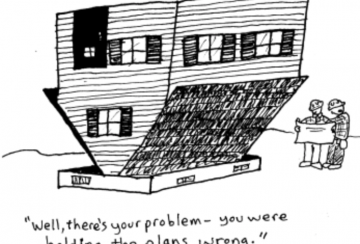 Welcome to the March edition of Hamptons Happenings.
In this issue we:

n the last issue of Hamptons Happenings, we promised to introduce you to a new key member of our team each month…

Well, that was before our colleague Gary Macefield passed away. Now, it just doesn’t seem right to carry on and introduce another member of the team at Hamptons without first taking the opportunity to tip our hat and acknowledge Gary.

Gary joined the team at Hamptons back in February 2010. Before that, Gary was at Placemakers which had acquired the business previously known as Builders Hardware where Gary began his career in the building supply game. Many of our team here at Hamptons also worked with Gary at Builders Hardware.

To us, Gary was one of life’s true characters and we’re all still feeling pretty numb over his passing.

Gary was known for telling it how it is and calling a spade a spade and he probably would’ve used a few well-chosen expletives to also explain what he thought of the spade.

Apart from being a straight shooter, Gary will be remembered for his commitment to his customers and the incredibly strong relationships and loyal following he had developed over the years. Some of Gary’s customers would go to great lengths to look out for him and even ring us up here at Hamptons and let us know how he was doing.  They’d go as far as making suggestions about what we could do better to support him.

Gary was extremely committed to his customers and would go to great lengths to bat for them and look after them. Gary would often be seen driving between Hamptons and North Canterbury doing a delivery run to ensure that his builders weren’t delayed.

Outside of work, Gary was a motorbike enthusiast. He had a few different motorbikes that he absolutely loved. He also adored and loved his daughter Kelly.

Gary, we know that if you’re looking down on us you will be scribbling a builder’s order into your notebook… and be cursing that we could’ve got at least another 50kg’s onto the trailer…

We miss you mate.

Throughout the world, disruption is occurring in many industries. However, in each industry the situation is extremely complex, and the devil is always in the detail. For this reason, it pays to keep an eye out for what is happening around the world and try to understand how our industry may be impacted.

In this issue of Hamptons Happenings, we take a look at the world of 3D printing in construction.

Recently in Denmark the first Building On Demand (BOD) was created in Copenhagen, Denmark.

It is incredible to think where this technology is heading and just what the scope may be in the future to use 3D printers on gantry’s to construct Buildings On Demand (BOD).

Click on the video below to watch a time lapse video of the build:

Overseas, wood is rising again and starting to make a come-back. Interestingly enough, Google are at the forefront of that comeback.

About a century ago, steel and concrete became the standard for building high-rise buildings. Now, Sidewalk Labs, a unit of Google’s parent company Alphabet, is looking to use timber to construct all of its buildings for a mixed-use community along Toronto’s waterfront.

Wood can “contribute to people’s wellness, and it’s beautiful, easy to assemble, and strong enough to build dozens of stories,” said Karim Khalifa, director of buildings innovation at Sidewalk Labs. “And unlike concrete and steel, which are very carbon intensive to produce, using timber in buildings takes carbon out of the atmosphere.”

The International Code Council (ICC), an agency that develops model codes followed by state and local municipalities, could help lift the move to wooden high-rise buildings, according to ERA Forest Products Research. Proposed changes to the ICC building code models will allow structures made of mass timber to be built as high as 18 stories, up from the previous limit of six.

We have an extremely Hot Hamptons Deal available on the very latest, 18V Hikoki Bluetooth sound system (18V battery included).
Our man at Hamptons who deals with the NZ distributor for Hitachi / Hikoki has been the victor in an extremely tough and challenging arm wrestle and successfully secured a limited number of these great sound systems for $299 (incl. gst) or $260 (excl. gst) this deal won’t last…

Don’t let this one go past your radar … even on TradeMe these Bluetooth sound systems are listed at $356.36!!!