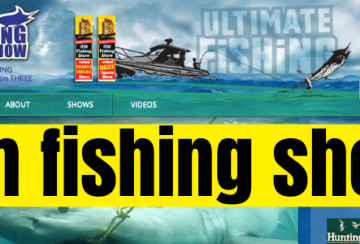 The New Zealand construction industry builds alters and repairs residential and non-residential buildings. Before Covid, the sector was NZ’s 3rd largest and employed over 184,000 people and generated $NZ30 billion plus in revenue each year while contributing in excess of 6% to NZ’s GDP. It is residential construction that forms the backbone of this sector, accounting for 60% of revenue, and employing 80% of apprentices. Furthermore, over 87% of the businesses involved in the construction sector employ less than 9 people, something we can see reflected in our customer base here at Hamptons ITM. Construction is also one of the few sectors that are set to grow in the next few years both in terms of job numbers and overall value.

In these uncertain times… property remains a good long-term investment. New Zealanders continue to invest in property, both in the form of new construction and ongoing maintenance and refurbishment. Low interest rates and Kiwis returning from overseas have boosted the Christchurch housing market, as well as a sizable increase in renovation projects due to the reallocation of funds usually spent on overseas holidays.

With over 50,000 Kiwis returning home from overseas the demand for new housing has continued to outstrip supply, something that can only be remedied by continually building new homes. With 2,900 new homes consented by the Christchurch City Council (double pre-quake levels) in the last year, the following months may possibly see us emerging from the current economic woes in better shape than expected.

Many months ago we approached our very own Rowan Christieson, and asked if he would mind helping with a short video to promote Hamptons special deal for the month. We anticipated some push back and more than a little resistence – but he simply said “OK”.

A few days later we asked if he was ready to help with the video, he replied “OK”.

We handed him the product, and said, can you just explain a little bit about the product and the price… He once again said, “OK”. We initially thought mmm, well, this could be a very brief and particularly short video…

We hit record, Rowan, picked up the product, starred at the camera and began talking – he knew all about the product in question and went into great detail about how it could be used and it’s practical benefits. There were no “ums” or second, third or fourth takes. Rowan still only ever needs – one take.

Since that first video Rowan has become to Hamptons what Suzanne Paul is to daytime TV – a one stop, bona fide, infomercial superstar. Over the last year or so he has been the face of Hamptons ITM via his much-loved video specials (see video below for a taster). Oddly enough the day-time shopping channels have not yet come knocking, but no doubt that will happen.

Like many others at Hamptons, we took Rowan at face value, a good keen man with a love of fishing and cricket who came to us via a long stint in customer service and before that some years at one of our blue competitors. His true flair was only revealed when we put him in front of a camera – a natural for TV he could certainly give Suzanne a run for her money.

Here is Rowan showcasing the latest Makita Line Trimmer and he also gives details on the ITM Top Up Your Toolbox Special which is running over October and November. Watch the video then pop in to see Rowan at Hamptons ITM and he will get you going with some awesome deals!

This month, with the NZ general election looming we feature an iconic masterclass for any would be politician, on how to answer tricky questions about confidentiality – from the TV Show “Yes, Minister…”

This month marks the 16th anniversary of the first ever ITM Fishing Show which was shown on the 18th of October 2004.

Here is one of many memorable moments – the show’s host Matt Watson appearing on the David Letterman Show.